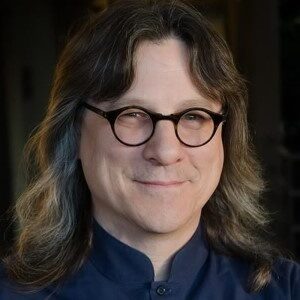 Kenneth earned his MA in Eastern and Western Traditions: The History, Philosophy and Transmission of Astrology from Kepler College. He also attended the American College of Vedic Astrology, where he achieved a Level II certification, and is certified a Jyotish Kovid from the Council of Vedic Astrology. He received his BA in Anthropology, Psychology, and Religious Studies from University of Colorado: Boulder.

After years of having his newspaper horoscope read to him by his mom, Kenneth made the shocking discovery that all the planets were involved in astrological judgments. At age 13 he taught himself how to cast a chart by hand. This began a lifelong interest in astrology and astrological traditions. He remained an amateur western astrologer studying with various teachers until the mid-1990s, when he was exposed to Indian (Vedic) astrology, and after a few years decided to make a mid-life career switch to become a professional astrologer.

Kenneth is a former President of Kepler College and has served on various astrological organization boards through the years: CVA, ISAR, NCGR, and SDAS. He loves astrology and is eager to serve the Jyotir Vidya (Goddess/Knowledge of Astrology).