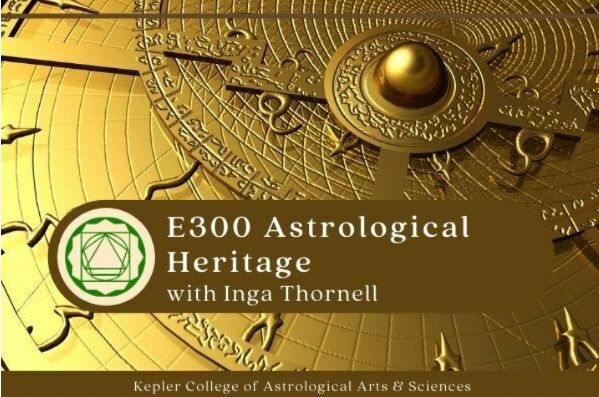 This counts as an elective for the
Professional Diploma or an Elective.

–
A History of Western Astrology Volume
II: The Medieval and Modern Worlds by Nicholas
Campion

If you are interested in learning more about the
topics:

– A History of Horoscopic Astrology

This course is required for the Certificate
Diploma, although it can also be taken as an elective.

Inga Duncan Thornell graduated
from Kepler College with a BA in East-West Studies and a minor in Mythology.
She continued her studies at the University of Wales, Trinity St. David in the
Cultural Astronomy and Astrology program.

She has returned to Kepler College as an
instructor. She also works with clients in a private coaching practice. Her interests
include astrology, mythology, and ritual.

Inga’s goal is to help her clients better
understand and constructively utilize the planetary energies in their lives by
recognizing them within themselves and others and to invoke their powers at
will. Please see www.dunthor.com for information.

Inga is an instructor in: